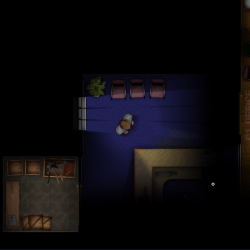 Beta 10 of GMS2.3 was released on Thursday (2nd July) and reading through the changelog I had high hopes. And in fact there were promising steps made. Asylum didn’t run normally but in the debugger it started to throw some errors that I could actually address. These errors, unsurprisingly, were a result of the way… [Read More] 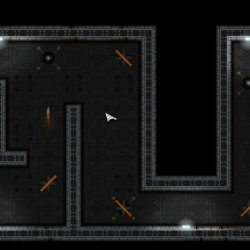 Right, here we go then. The first official dev diary for Reflex 2020. Firstly, the game development is going extremely well, even with me using GMS2.3 Beta (see Asylum dev diary for issues there). Reflex, is a casual puzzle game that involves using and adding different ’tiles’ to the level to guide a missile towards… [Read More]

As I continue to wait for a working beta for Asylum I discovered something I had completely missed in GameMaker Studio. Since I started Asylum and had completed dozens of hours of tutorials for GMS I got into the practice of creating an object for eah and every sprite I imported. It seemed to make… [Read More]

While the GMS2.3 beta is causing headaches for the Asylum development I have been playing around with creating a prototype for a new Reflex game. For those that do not know; Reflex was a game I created in 2000 (20 years ago). It is a top-down puzzle game that involves firing a missile into a… [Read More]

Another week another new beta from YoYoGames. Unfortunately at the moment it seems to be getting worse for me. The latest beta build (.157) is now silently crashing Asylum under any run condition, be it through the debugger or normally. This is restricting my progress on the game for the time being and hopefully they… [Read More]

After the initial failings of the first GMS 2.3 beta with Asylum I decided to spend time this week sorting out the 3d model that is used for the player sprites. The original sprite was taken from a photo reference and then adjusted in Affinity Photo for my needs. The new one is easier to… [Read More]

Every now and then I’m asked if I have the full version of Reflex (on of the first PC games I created back in 2000). Over the years I’ve searched through many, many boxes in my loft and couldn’t find it. My PC file archives only seemed to have the demo version installer and it… [Read More]

Finally I’ve got my hands on GameMaker Studio 2.3 Beta. Unfortunately it has not gone very well. Some new commands in GML have clashed with variable names in the game. This isn’t too much of a trouble and I was able to locate them and alter accordingly. The mouse interactions that occur when the player… [Read More]

As I mentioned in the last dev diary I now have the feet, shoulders and head of the player character as separate elements that are animated in code instead of by spritesheets. This week I continued developing this to give the player a more fluid motion. When the player now looks around using the mouse… [Read More]

Development has been continuing during the lockdown from the coronavirus outbreak. Over the last week or so I’ve been updating a few of the sprites that didn’t look quite right. One of these is the janitor’s cart. Previously I had used a photo of the side of a cart taken from an image library. It… [Read More]