This week I completed the work on the mechanical pipes. I’ve vastly improved the shadows and they are looking great – really selling the idea that they are above the player. As I previously mentioned the pipes are critically important in the basement; they are used to guide the player in the complex maze like… [Read More] 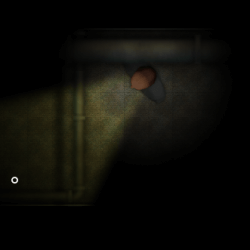 Sometimes it’s the simplest of things that cause so much trouble. In a top down game everything is pretty much flat in the focal depth department. All objects and walls are in focus. The trouble is when you want to have something that is clearly overhead – if that too is in sharp focus it… [Read More] 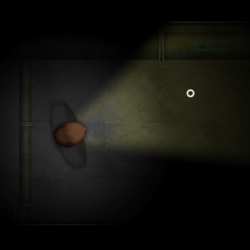 After a few false starts this year I’ve managed to get a decent amount of progress this week on the basement area. The one important aspect of the basement is the mechanical pipes that criss-cross around the level. These aren’t just for show, they are important indicators for the player to follow and deal with.… [Read More]

After last weeks complete outage of internet access it’s nice to get back into development. After the last session where I moved the screen fading routines from a dedicated object to the camera object (which makes more sense) I got thinking. Perhaps some of the other GUI elements should also be moved into the camera… [Read More]

Progress at last. After 2 weeks of trying to work out the cause of a bug that results in a black screen when the player returns from the Flashback sequence I have final found the cause and corrected it. After a lot of debugging I discovered that the Bloom Shader that is used to give… [Read More]

Well, 2019 isn’t going well. Slightly shorter development sessions this weekend due to other commitments. I’ve had another investigation into the black screen issue I’m experiencing that only occurs when the player moves from the flashback scene back to the first floor. I am still unable to isolate the issue. It’s very frustrating because even… [Read More] 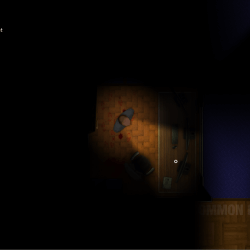 Just when you think you can continue where you left off last year with development new bugs for previous chunks sneak in. While I was improving the layout of the UI elements I decided to test from start to finish (where I am now anyway) to make sure all the message text appeared within the… [Read More]

A new year, a new development cycle for Asylum. To ease myself back into the development of the game I focused on a tidying up a few things and making some UI improvements. I did some research as to how other games display dialogue and although I liked my initial design of having the tint… [Read More] 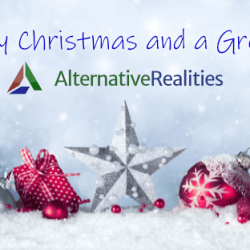 Last update of the year as the Christmas season gets into full swing. Looking back over the course of the last year I’m very pleased with the immense progress I’ve made on Asylum and hope to see it continue throughout the new year. There’s still a massive amount to do but I’m confident that everything… [Read More]

Not really an Asylum development post this time. As previously mentioned it was time for a bit of an AlternativeRealities rebrand and so I’ve been spending time on finalising my new logo (hope you like it) and also redeveloping the website. There’s still a few tweaks to be made here and there but I’m happy… [Read More]