Today I started off by just putting the final tweaks onto the flashback sequence. There may be some additional tweaks needed later on but for now, everything is running how I want it to.

So, it was back to the main floor and the game mechanics. Before I got side-tracked with the flashbacks I was working on the gun. The first thing that needed to be implemented was a time delay between each shot. My friend who playtested is someone who enjoys bullet spraying as much as possible in games and so he immediately set about firing darts as fast as he could click the mouse. Obviously, at this point, there were no ammo restrictions either.

Adding in a time delay between shots was very simple; just needed a countdown variable that is reset after each shot.

Next up came the ammo display and restrictions. For the dart gun, it will hold 12 darts in a clip. Initially, my thoughts were to display ‘Ammo: 12’ just above the inventory on the right, but that didn’t look right and I felt it would be better to have a more visual display. So, I set about creating the sprite that would serve as an ammo indicator, and I also moved the display to the bottom left. Much better. 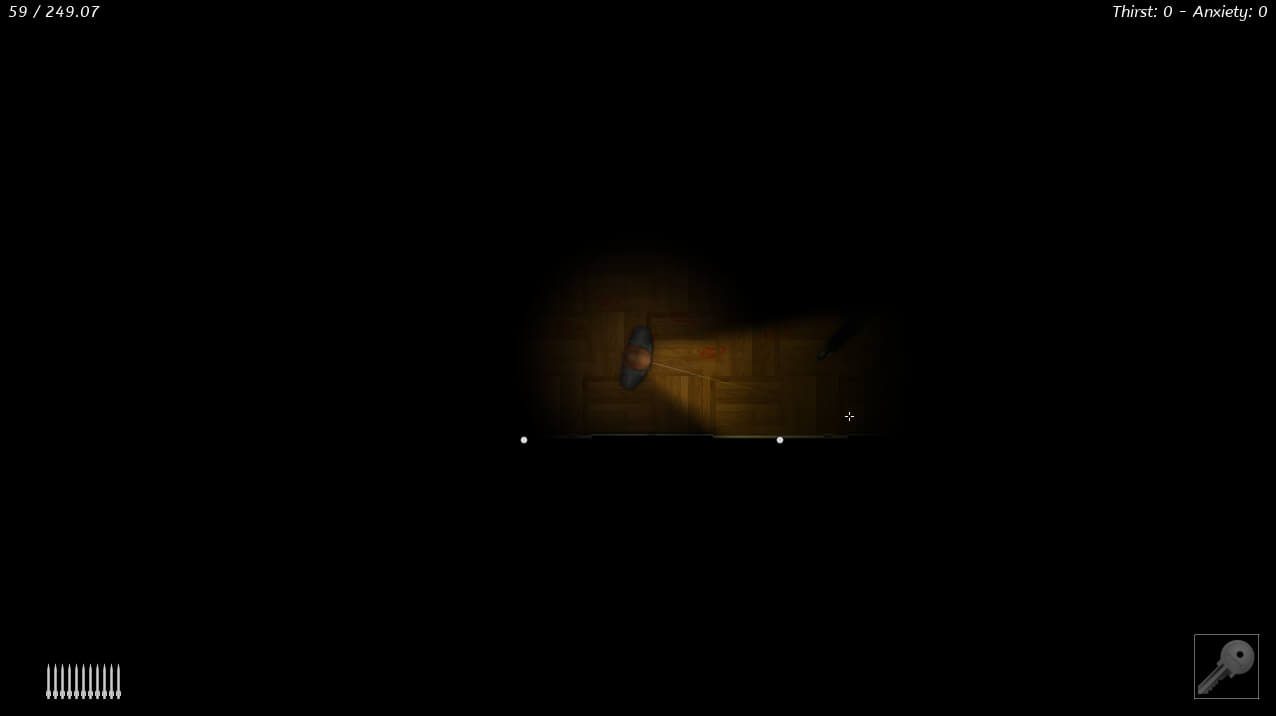 The spacing at the edge of the screen is not quite right. I lined it up with the objectives display but that is further in the screen than the inventory is on the right, so when there are no objectives the ammo display looks out of position. I just need to go back and standardise the positions.