Finally, the weather has broken and it’s no longer crazy hot and humid in the south of the UK. So I can now continue my regular development sessions.

Today’s session was about the flashback sequence and finishing off a few of the outstanding items for this type of area in the game.

Whilst playing through the game, and watching others play through, I felt that in some situations the interaction dot and icons were difficult to see. This was especially true in the flashback areas because the light has been increased with a bloom effect. So, I’ve modified the interaction icons so that they stand out on any background by adding a black tint to the inner circle and an outline to the interaction dot.

One aspect of the flashbacks is that I wanted them to appear ethereal but also sinister and the way I wanted to do that was to have blood stains affect the camera as you proceeded through the area. I’ve added this effect to the game now and it is looking pretty cool – if I do say so myself. 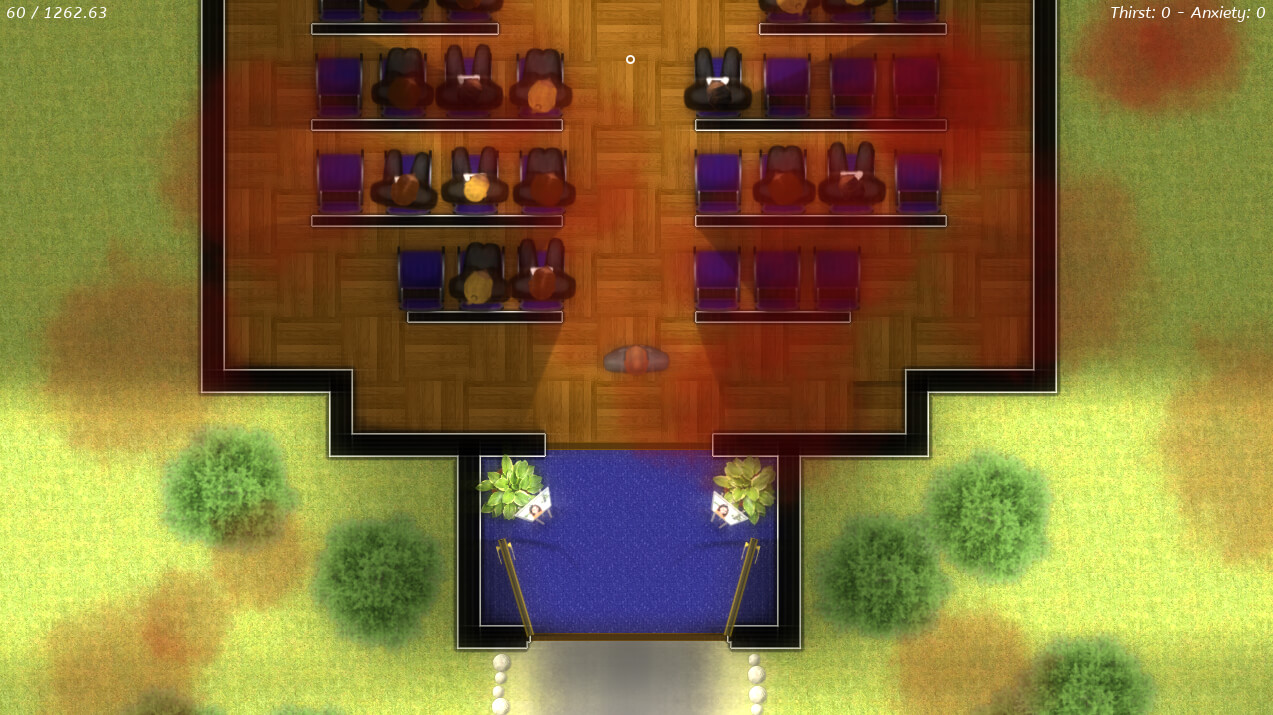 This continues to build up, so the longer it takes the player to resolve the flashback scenario the worse things get.

I felt it necessary to extend the ‘examine object’ system because there are times when the object being examined only needs a quick comment. So, now I can distinguish between the 2 types. An object can either display the full dialogue information or it can display a player’s vocal message prompt. I’ve added this to the flashback scene for the photos at the front door but I need to take a quick look through the first-floor objects and see if any of those can be switched to this new style as well.

A few new sprites have been created to complete the flashback – flower bouquets – and those needed to be cut out from a white background. No mean feat when there were white flowers in the mix. Fortunately, I found a rather nifty online tool that is very reasonably priced that helps to cut out objects very quickly. It’s called Clipping Magic.