The ridiculous heatwave in the Uk continues and that is reducing my ability to develop, so this weeks update is once again shorter than usual. Hopefully, the weather will break soon and my study will be bearable for longer periods of time.

Continuing from last weeks session I had another look at the transition from the flashback to the first floor. The noise shader was getting in the way so I have changed the shader so that it is created and destroyed when needed rather than being a persistent object that always exists. While this has fixed one aspect it hasn’t fixed them all so I still need to investigate it further.

In the meantime, I wanted to make some improvements to the messages that come up as a result of the player talking as it started to get a bit lost in the flashback sequence where the light is bleached. I’ve added a tinted box behind the text which helps it stand out and become noticeable again. I’ve also done the same to the objectives panel. 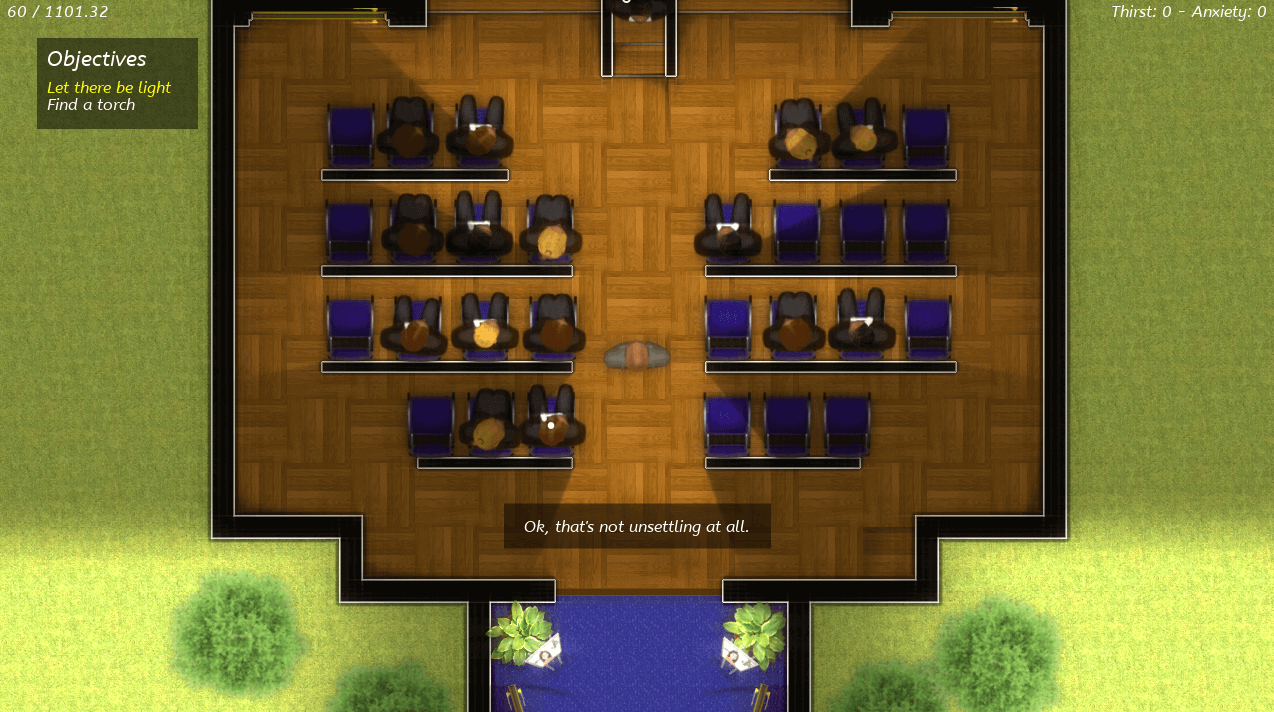