A lot of new things had to be put into place for the first ‘flashback’ sequence. The transition between the asylum and the flashback has been refined and although I will still need to adjust it before it’s completed I’m really liking how it’s looking do far. It fades the screen to a dark red before fading back to colour in the new environment.

The flashback scene its self has been given a light bloom effect that gives the area a nice ethereal appearance with a little bit of ghosting here and there. This is also the first time I’ve introduced some ambient music which helps set the tone.

I had to create a new extension to my dialogue system (that’s the part where the dialogue continues between 2 parties) so that the player can ‘talk’ to something/someone else. This is important in this environment as the other people will not talk to you immediately upon approaching them. So, this required a new mouse over icon for talking.

As you can see in the screenshot the women have finally arrived. I made all the heads separate so I can angle them to look at the Celebrant at the front of the hall. I will probably come back to all the characters at a later date to refine them. And yes, they will get arms eventually 😉

Finally one new dialogue system was needed. The hall will trigger a number of messages and because they are not specific to one person and instead resonate with the hall I created a script that displays the messages at a suitable random location on the screen. This gives it a more haunting appearance: “He’s here!” 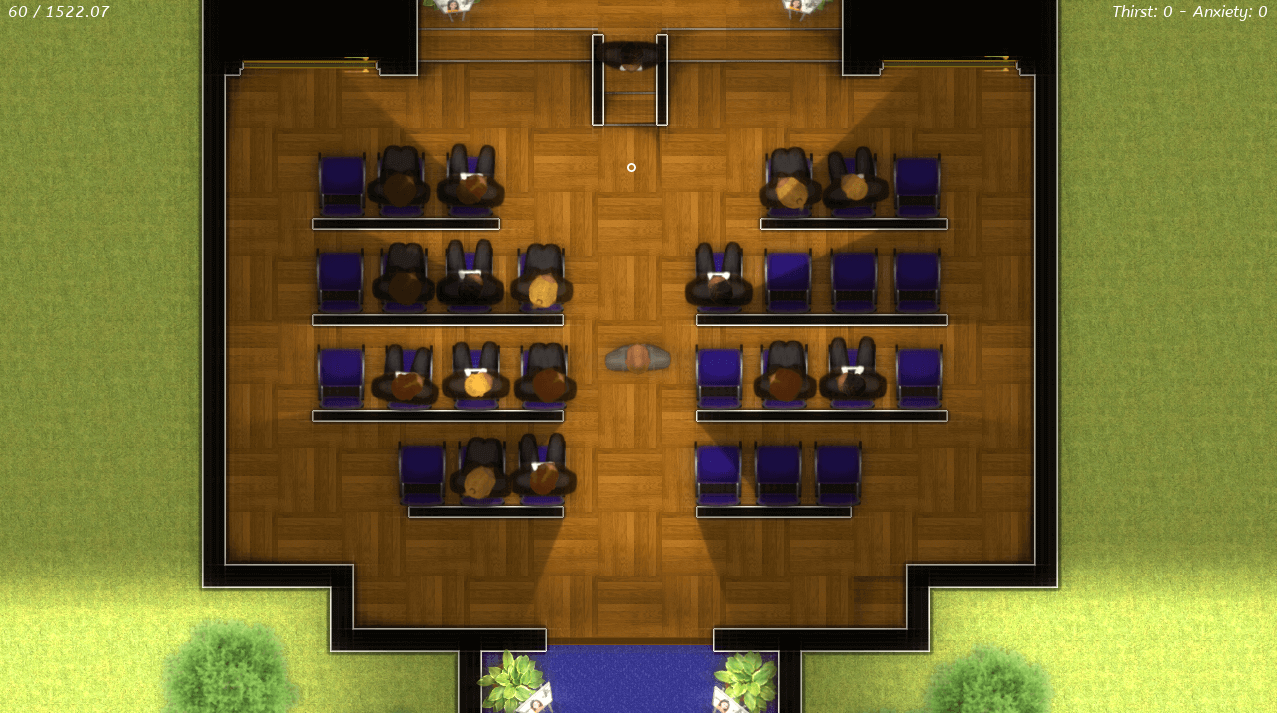