As I mentioned yesterday I have been concentrating on the first flashback scenario in the game, so today I continued that work by creating the dozen or so new sprites and decorating the environment.

This new area, being in the day time required a separate lighting set up to ensure that everything was illuminated accordingly. However, this meant that inaccessible rooms would also be illuminated and I would need to obscure them completely. So I had to create new wall pieces that would allow be to hide everything inside.

Also, being outside the environment can be seen to the boundary limits of the room (GMS2 speak for level), so I reused my gradient tint sprites to have the area fade to black at the edges. As this is a kind of memory it makes sense that the character cannot see outside the confines of the sequence. 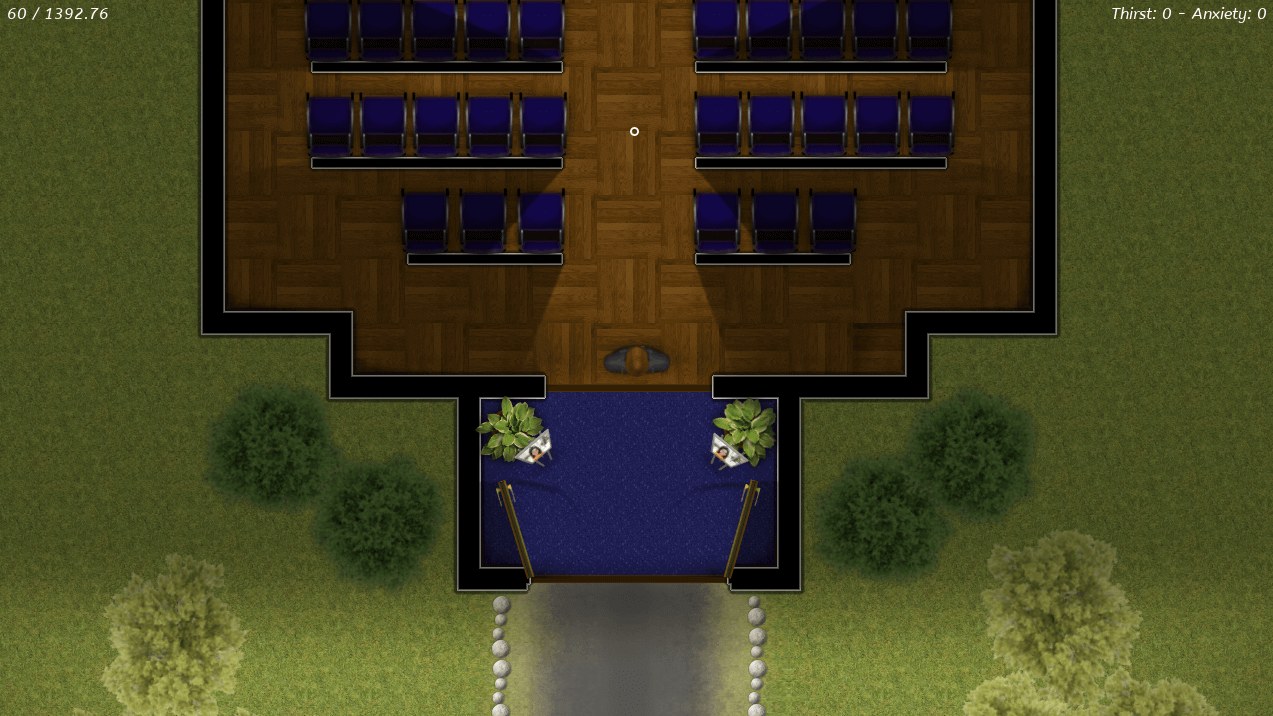 At the moment, as you can no doubt tell from the screenshot, the area is devoid of people. This will be added to in the coming days and some of those people will communicate with the player.

As I previously mentioned I will be treading carefully with the screenshots I release for these parts as I don’t want to spoil anything.

For those interested the stats at the top of the screen are the locked frames per second (60) and the real frames per second (yes, over 1300!); on the other side I’ve just put up a couple of player variables I needed to watch for the time being.