This is the first update from my new Ryzen 2700X PC, and a lot of development was completed.

As I approach the final aspects of the floor I wanted to add in a feature that would reward exploration around the map outside of the objectives. And so I have made a start by adding trinkets to the game. These items will be hidden around the asylum and will inform the player about various aspects of the story and the history. Floor 1 now contains 6 trinkets that detail the history of the building. At present these trinkets display the information once and only once but I will be expanding it so that the player will be able to call up a list of trinkets previously found and read them whenever they want.

I’ve added some more floor signage to the game that informs the player about the environment and this will aid the completion of the objectives, especially one of the first ones that gives the player a key to the C2 Office. Previously the player would have to guess which room I was talking about, now the office room, common room and wet room all have signage to aid the player. 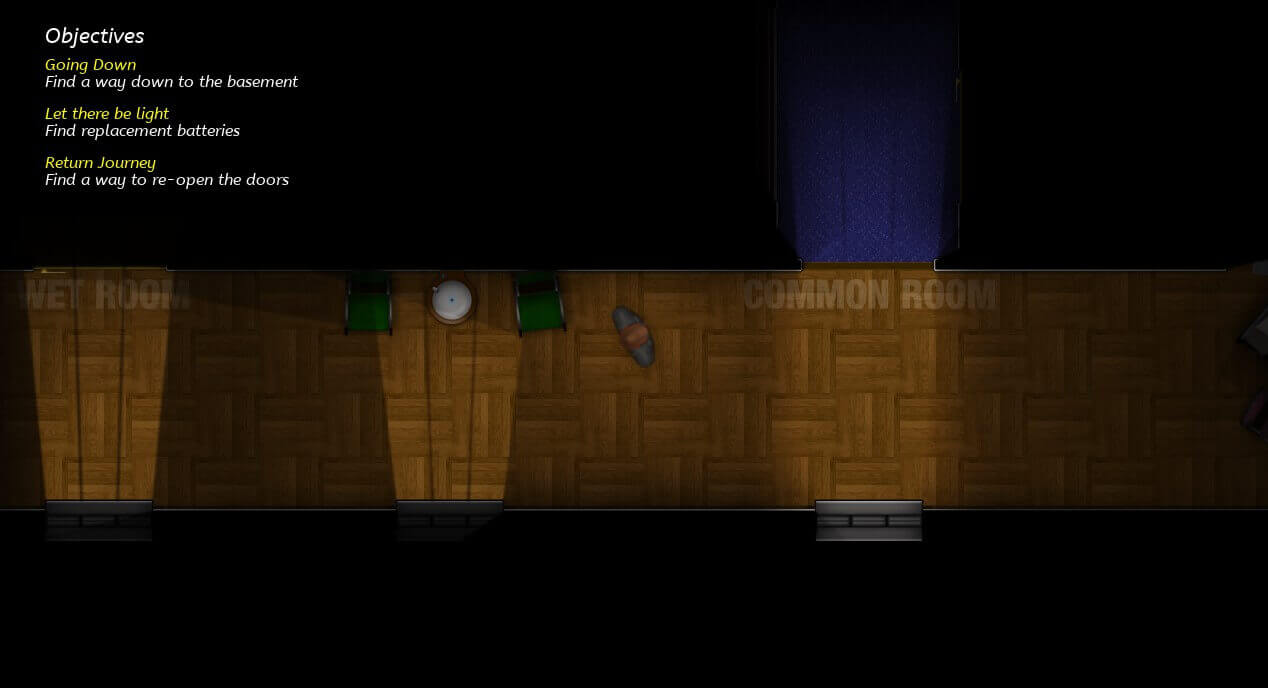 Aiding the player during the first part of the game is very important. It’s a kind of subtle tutorial that introduces them to the various aspects of the game. So, when the first inventory item is found a message box is shown explaining what you can do with the item.

The save trigger points I added to the game have now been removed. The system wasn’t working all that well and I can see it was going to lead to some problems down the line. So, I’ve rethought the thirst quest as a segue into introducing the player to save locations. Instead of bottled water being collected to refresh the player you will now find water fountains at various locations around the floor. This serves to complete the thirst objective and also as save locations that can be used as and when the player needs to.

My next job will be to bring in the first weapon, and the first panic attack situation. These I have decided to make as seemingly corrupted memories of the players past that will slowly build up the picture as to what originally happened that caused him to be in the asylum in the first place. Obviously I won’t go into a lot of detail about these aspects to avoid spoiling the story.