Bit of a shorter development session this week due to other things taking my time. So, this week involved watching a friend play through what I have so far and examining how they explored and if there were any glaring issues.

So, with that in mind I made a number of adjustments to the game so far. The thirst sequence has been relocated so it doesn’t occur at the same time as a number of other things. Movement is now possible using WSAD and the cursor keys. When the torch is active the detection range for interaction items (doors, objects, etc) is increased this gives the sense that the player has improved vision while using the torch (which he has). One of the objectives required a key code to be found. My initial idea was to just have the player find a note that gave them the code and they would need to remember it for using on the door, but my friend convinced me that some players may not remember it; and so I have changed it to an actual inventory object that can be examined whenever needed. This then added the need to dispose of the object when it had been used.

This new note has a much larger sprite than the examine only item I had previously as it is displayed larger in the inventory slot and also on the examine object display. This meant the sprite needed to be redrawn in full detail. It also meant that it was probably time to name the asylum and also create a logo for it:

I should probably point out that ‘Recuso’ is latin and means ‘mind’.

Once those tweaks were in place I wanted to improve the notification of a new objective starting. What I’ve done is to add a notification box that display at the centre bottom of the screen; this along with an audio cue helps inform the player better. 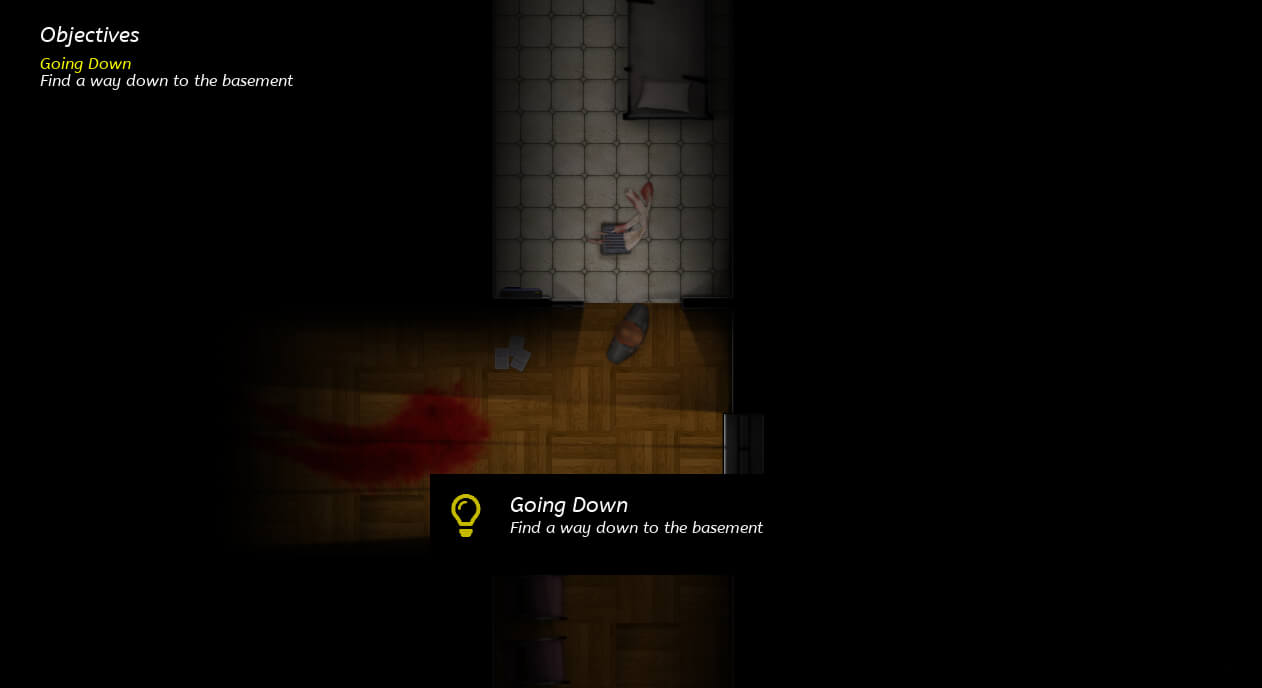 I’ve also added a save game notification which briefly fades in at the top right of the screen when the game is saving.

Finally, the keypad has got some sound effects added to it for feedback. 3 different pitched key sounds, and error sound and a success sound all help finalise the interaction.