Asylum Dev Diary 37 – There will be blood

Lots of success for Asylum today.

With the lighting all sorted I can plough ahead with the core game, very exciting.

I’ve made a few changes to the initial flow of the floor because I felt that giving the player the thirst issue straight away was a little harsh, so I’ve relocated that challenge a little further along. I’ve also made improvements to the noise shader so that it works along side the anxiety system that I’ve started.

When the player first leaves the cell he will be confronted with the first sign that something horrific has happened and that will trigger a minor anxiety effect. The screen will get a subtle red tint and his heart beat will be audible. This will settle down once he leaves the area. 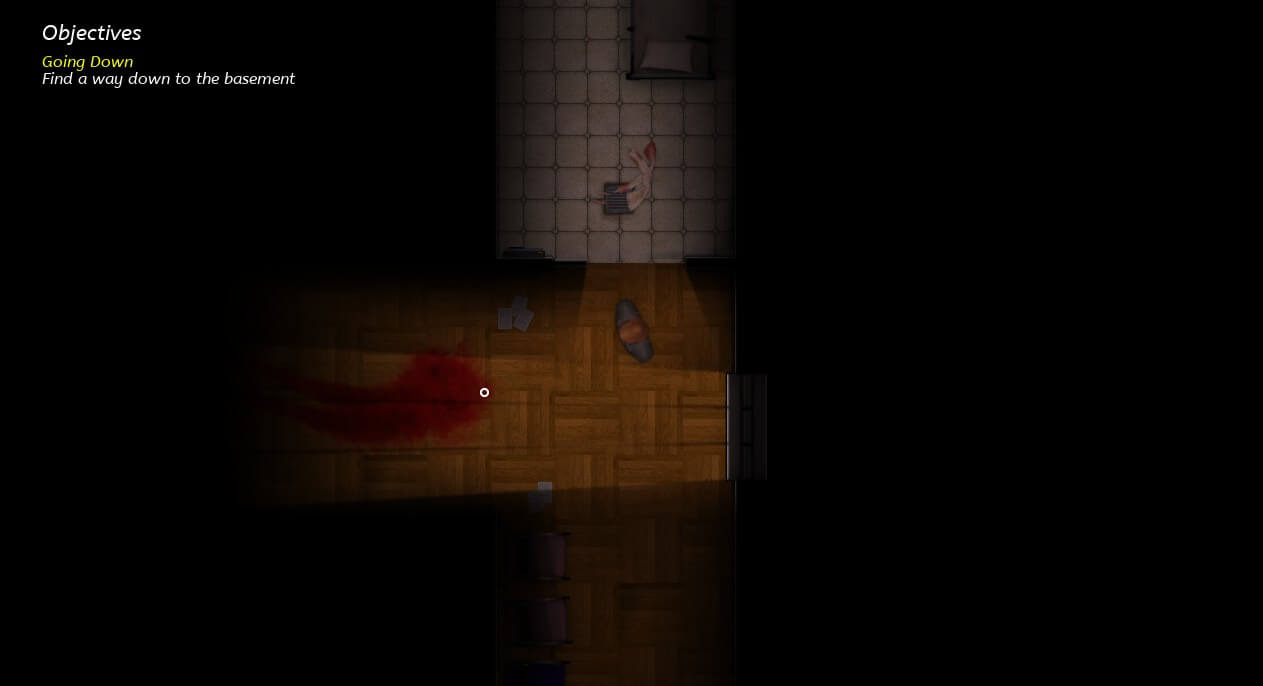 It also serves to guide the player in the direction I want them to initially go. To help this along there are also some additional dialogues that will help set the scene. The initial dialogue with the ‘Unknown Voice’ has also been tweaked.

The wetroom has finally been completed and the showers will now operate exactly as I planned them to. As previously mentioned this is more of a test for water effects later on but I felt it would be a nice addition here.

I’ve started adding some grime and dirt around the building to add to the realism. Nothing major, just subtle marks and scuffs on the floor to break up the uniformity and add interest.

Whilst testing the floor a new, minor, bug has crept in. If the game is stopped and restarted after entering the locked office the game restarts with the player in the locked room with no wa to escape. Opps. I’ll sort that out tomorrow.

With the blood trail comes the first place of horror. I’m not going to be showing screenshots of certain areas to avoid spoilers. This scene will trigger the first major anxiety incident which I am in the process of working out.