Today I initially focused on the noise filter from yesterday. It is now animated. I also tweaked the colour tinting to make things look colder and darker for when thirst is a real problem.

I’ve also adjusted the light bleed effect under doors so that the other side isn’t quite as easy to see.

The one big challenge for the day, and one that a friend has been waiting for for quite some time, was environmental water. The first floor doesn’t really use water as an environmental concern but as there is a shower area I thought I might as well allow those to be switched on. This actually proved to be harder than I expected. My original thought was to have a starting puddle sprite and then fade that it, once it reached a certain level I will trigger any additional puddle sprites touching the first, and so on until all puddles were visible. Unfortunately the collision detection commands only return the first collision so that idea was out. So, instead I’m using a simple number list to bring the puddles in and it works just as well.

Finally I added in a small particle effect for the shower head. I will still need the ability to turn it back off and for the water to disappear down the drains but one step at a time. 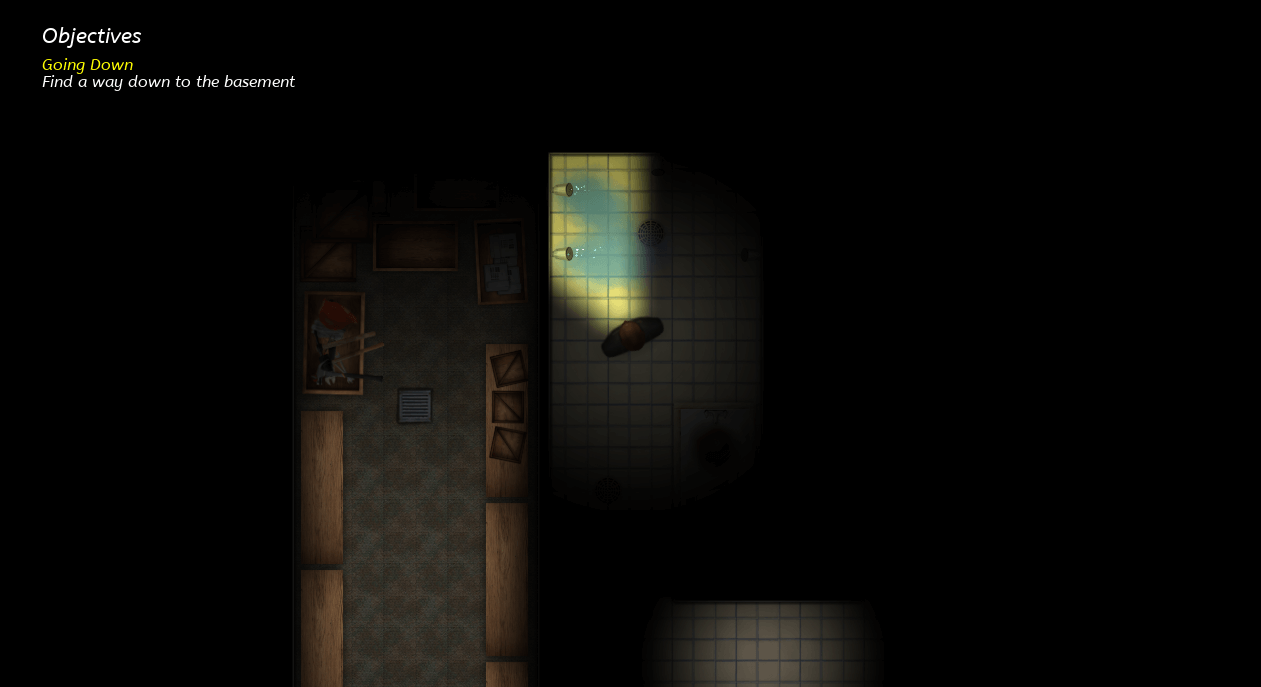