Finally a Saturday where I can actually work on Asylum development.

Today was more about refining what I currently have in place rather than adding in new things. Tomorrow I’m going to continue my focus on filling out the first floor. This will take a while as there’s a lot of sprites that will need drawing but once that’s in place I’ll be in a more complete state regarding the various systems I will need.

After talking through the dialogue system with a friend I decided to make it more free flowing. Initially I had the process do things in steps, so, it would move the camera to the focus object, then display the dialogue (and play an optional sound effect). The trouble with this is that for the first dialogue chunk the camera would move across, then it would play the crackle sound effect and display the dialogue. This felt awkward as the camera would suddenly move away from the player seemingly without reason. It would make more sense to move the camera whilst the sound effect and dialogue line was displaying. So, that’s what I’ve done. The dialogue system will no longer wait for the camera to complete it’s move before dealing with the rest of that dialogue piece. It feels a lot more natural.

The other aspect I needed to do was to allow the dialogue triggers to create an objective (quest) for the player. The first dialogue sequence ends with the player being told that they should try to find a way down to the basement. So, now after the dialogue is complete it is possible for me to trigger the quest, and the objective is displayed on the screen.

Finally. The cell doors were never meant to be traditional swinging doors. They should be sliding doors – well – now they are. This required another alteration to the sprite layering so that the door could slide into the wall. In fact it’s not sliding into the wall but with the door sprite below the wall tiles it looks like it is; whereas other interaction elements including the swinging doors are placed over the wall layer. It’s a little thing but it makes all the difference. 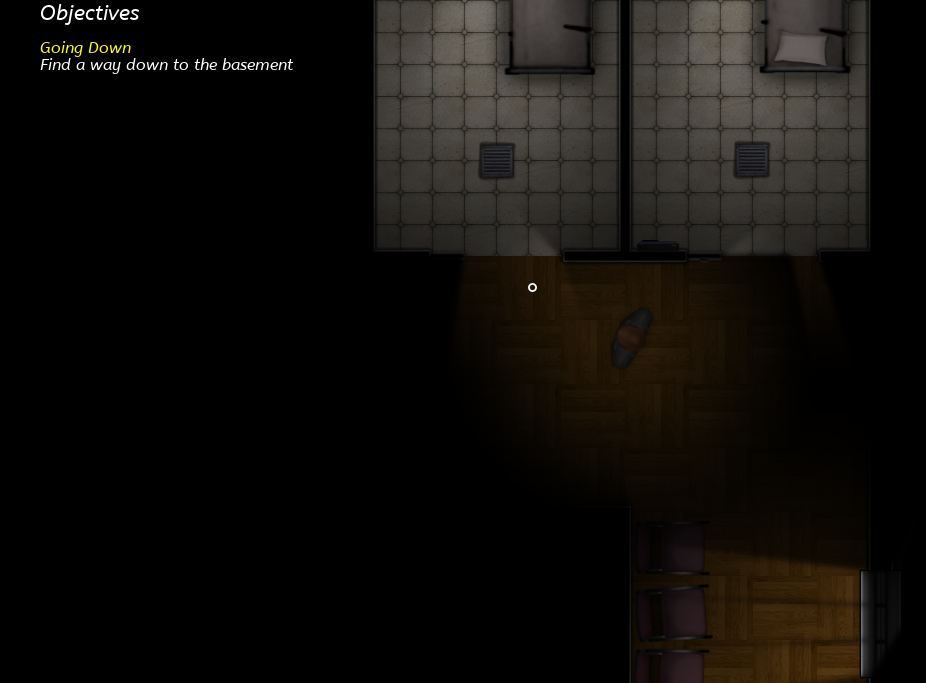